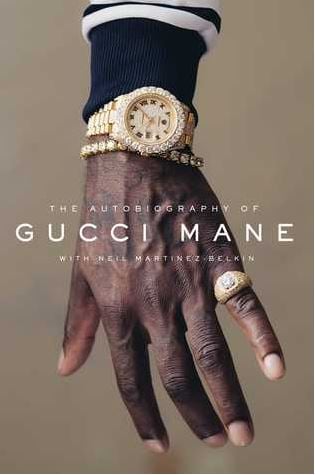 There's one thing I want to impart from Gucci Mane’s autobiography and it’s for the millionaire-minded. It’s called pacing and I’m going to explain it to you in detail.

Gucci had a flop with a song, Back to the Trap House. And he felt as though he had to prove himself. How did he set out to do this? He decided his music would flood all the channels, from the radio, to the clubs and streets. Gucci called every DJ he met and said he wanted to do a mixtape with them.

He had his work cut out for him when they all agreed. He started recording round the clock, but of course, he couldn’t make it work. He was only human after all. So he decided to switch up the game. He started freestyling all his raps and going off the top of his head. Just like that!

Here are some excerpts from the actual book:

Here’s where you start to see what I mean by pacing. Every creative artist has a point in their life where they’ve repeatedly done something but it hasn’t been working out for them. And then they learn to pace it.

Because I think anyone can ask themselves the same question no matter what line of work they’re in. No matter what you offer or how, the cruise control is probably set at a certain level. You're generating and marketing at a steady, relaxed pace – and I bet it's close to your competitors ‘. Right?

So what shortcuts can you take with your creativity, with your planning, with your production…to get ahead? And no, it's not about the quality of the dip. And also, everybody liked Gucci's freestyles better than his old stuff. Quality improved in his case.

This could also be because, when you’re amazing at what you’re doing, you automatically get the recognition you deserve. All I’m saying is, we should be thinking more about doing and much less about planning it all!