Olivia Cooke Net Worth – How Rich is English Actress 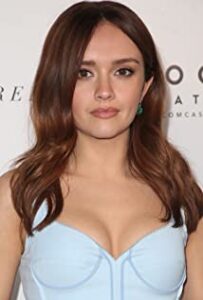 Everything you need to know about Olivia Cooke net worth

Olivia Cooke is a budding English actress with an impressive portfolio. She has more than 28 acting credits to her name. In 2013, Cooke starred in the thriller drama series Bates Motel as Emma Decody. This can be regarded as her breakthrough role, which garnered her appreciation and also earned her multiple big projects. In 2018, she played the role of Becky Sharp in the period drama series Vanity Fair. In a career of 9 years, she has played various characters in different movies. Currently, she is playing the role of adult Alicent Hightower in the high-profile HBO TV series House of the Dragon.

Olivia Cooke has an impressive net worth of $2 million. Listed below are some interesting facts about this talented actress.

Olivia Cooke’s graph of success has seen a consistent upward trend. She has won two Best Actress awards for her work in Katie Says Goodbye and several other accolades. She attributes her success to her passion for acting. Cooke analyzes the character in depth whenever a character is offered to her. If she likes the character, she decides to pursue it, irrespective of the genre.

Next post: Emily Carey Net Worth – How Rich is English Actress and Model