Jenna Coleman Net Worth – How Rich is English Actress 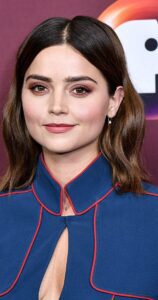 All you need to know about Jenna Coleman net worth

Jenna Coleman is an English actress featured in several high-profile TV series and movies. She works as a voice artist as well. Coleman gained worldwide recognition for playing the role of Clara Oswald in the popular fiction series Doctor Who, opposite Matt Smith. Her other notable performances include Jasmine Thomas in the soap opera Emmerdale, Queen Victoria in the period drama Victoria, Joanna Lindsay in the crime drama The Cry, and Marie-Andree Leclerc – the girlfriend and partner in crime of the notorious murderer Charles Sohbraj in The Serpent.

Coleman has been a part of several prominent movies, such as Captain America: The First Avenger (2011) and Me Before You (2016). In 2022, she was cast to play the role of Johanna Constantine in The Sandman – a Netflix fantasy drama series. She has 39 known acting credits.

Coleman is not just a versatile actress but a dedicated social worker as well. She has contributed to UNICEF UK and other NGOs that work for humanitarian causes. Coleman partnered with One To One Children’s Fund to raise HIV awareness in South Africa. She is an ambassador for Place2Be, a charity dedicated to improving children’s mental health.

Jenna Coleman has an impressive net worth of $ 5 million. Listed below are some interesting facts about her.

What Are Coleman’s Goals and Ambitions?

Coleman claims that she has wanted to be an actress since 10. She is a bright artist who wishes to make her mark in theatre, film, and TV. Coleman has amassed an impressive fortune of $ 5 million through hard work and dedication.

Next post: Tom Sturridge Net Worth – How Rich is English Actor