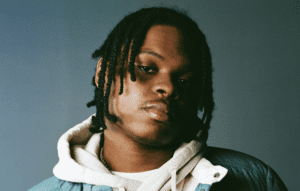 Everything you need to know about 42 Dugg Net Worth

Dion Marquise Hayes is professionally known as 42 Dugg. He is an American rapper who signed with two record labels at one time. He is known for his collaborations with American rapper Lil Baby. He has released multiple mixtapes due to which he has gained fame over the past few years. The 42 in his name is pronounced as four-two. He has an estimated net worth of $1 million as of 2021. Here are some interesting facts about his life and career. The steps that he has taken to pave his way towards success.

Soon after he was introduced to LilBaby, Yo Gotti who is the owner of the  Collective Music Group record label recognized him for his talent, and in 2019 42 was brought on stage during the Meek Mill concert which was a big deal for everyone. This was the real deal and by this, it was approved that he was part of the CMG gang.

Previous post: 4 Factors That Determine Whether PPC is Right For Your Business