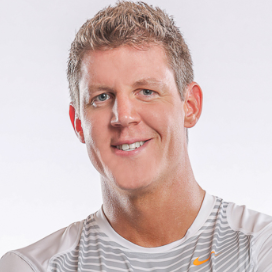 Joel Marion net worth: He has an estimated net worth of $500 million dollars! BOOYA!!!

Joel Marion, as an entrepreneur, can claim accolades, prosperity, and accomplishments. Together with his partner Josh Bezoni, the Joel Marion network runs a profitable business in the niche of health and fitness. How successful? Their natural nutrition business rose from zero dollars to a hundred million dollars, all in one year. The same company also enabled Joel and Josh to carry and continue their philanthropic drives with donations in millions for charity and feeding the poor. The success of their business solely goes to the time when both Josh Bezoni and Joel Marion met and embarked on the industry that the world knows today as BioTrust.

There shakes are amazing btw!

Marion was a P.E. instructor and a great advocate of living a healthier life, ensuring physical fitness. As a gym teacher, he struggled financially and was worried about raising his family. His first business was to invest $700 of his savings, to write, publish, and market an ebook on health and fitness. Marion put his skills to good use as he wrote something that covers many important aspects of health and fitness, and everything came down to his extensive experience and passion for health and fitness.

He also showed his sharp marketing awareness by capitalizing on the marketing tactics of Jeff Walker, a renowned business coach. Marion's book was a roaring success, bringing in over $250,000 in sales in the first month of its release.

Finding great success with his business and with the passion for doing more in the health and fitness niche, Marion left teaching, with full focus on expanding his online enterprise.

While Marion was passionate about his trade, on the other side Josh Bezoni worked as a customer services rep as a college graduate, struggling to make ends meets. Not only he had less luck finding an excellent job with his biology degree, but he ended up painting houses to settle his education loan.

However, Bezoni's had the drive and willingness to succeed in the face of overwhelming odds. He didn't have a smooth start as his first online business that saw him going further in debts amounting to the tunes of hundred thousand dollars failed. While many would take this loss as a reason to quit any further attempts to run a business, Bezoni took it as a challenge and soon ventured into another online vitamin business. He saw success in the industry and made enough to settle his debt and continue to grow in his company. However, the U.S. economic meltdown in 2009 saw his business taking a considerable hit, where eventually he was forced to shut down his business. The financial crises, coupled with some rookie mistakes Bezoni made, saw another of his dream projects failing after the initial success he had. The hit was huge, but Bezoni never let go of his entrepreneur's dreams.

Bezoni wanted to start a new business in Austin, Texas. His interest and passion was in the fitness niche and was contemplating to publish an ebook. However, he had little idea on how to start and run an ebook business. He could have spent years learning the trade while shuffling odd jobs. But Bezoni was not a man to waste time. Instead, he took another risk, sold some of his assets. He then reached out to some of his business mentors to seek a favor. He had $7 in his pocket when he managed to pull off a health and fitness conference, “Fit Fest.” The conference saw some of the renowned and bestselling fitness and health ebook publishers from Canada and the U.S. becoming a part and promoter of the event. Everyone learned about Bezoni, and he gained enormous market momentum. The conference also was the platform where he got introduced to Joel Marion, who later became his partner in BioTrust.

BioTrust is one of the most successful companies you will see in the natural supplement health niche. It started with nothing and made $100 million in profit in its first year. In the first four years, the company has sales figures reaching $400 million. Perhaps the more significant achievement for the company is that it started without any outside funding or loans. It was the planning, expertise, and work ethic of Benzoni and Marion, who took the business from nothing to the booming success it is today.

Together, the two dominate the online nutrition business. Today, BioTrust has over 200 employees and has an A+ rating from the Better Business Bureau.

Another reason why the business saw so much success was the incredible chemistry between Benzoni and Marion. Together and with the backing of two more crucial team members, Kim Eschner and Vicky Grossie. The team released Belly Fat Free, an ebook by Benzoni. The book made a record as it sold thousands of copies in its first month and made over $2 million.

The profits from the Ebook gave the team enough funding to launch their brand BioTrust. The concept behind the business was simple, as they wanted to be a trusted company providing natural nutritional supplements and vitamins free from GMOs., hormones, or any artificial flavors. The company launched its natural, high-quality Low-Carb protein powder and did over $1 million in sales. BioTrust Low-Carb protein took the market by storm with massive support from top bloggers and health experts, further skyrocketing the sales and establishing BioTrust as a leader in its niche. The success of the company is the testament to the hard work and perseverance of Bezoni and Marion, who wanted to have an honest and genuine business to help people with their nutrient requirements.
Giving Back
Both Josh and Marion have deep desires to help and support the causes of charities. They believe in giving when they earn, a philosophy that saw their company feed one person on sale of its one unit in the production line. The Biotrust has served thousands and funded millions to support charity drives.

Biotrust also partnered with other firms and their team members to raise over $1.2 million for children who are suffering from life-threatening health conditions. The funding is to support the kids to have their last wishes, full-filled. Biotrust has a national partnership with the Make-A-Wish Foundation and continues to serve them with financial support. They also partnered with Pencils of Promise, a foundation working on educational programs in developing countries. The company recently donated generously to water.org, who work to deliver safe drinking water to people in developing nations.

Both Marion and Benzoni attribute their success to honest work, a brilliant team, and the passion for giving back to the community. By putting customers and charity first, the company is delivering value from day one when they started with the business of digital product to the present day, when they are the best-sellers of physical products.