Abraham-Hicks Review: Is It Worth Your Time And Money?

Abraham-Hicks is a self-help program that claims to help you improve your life through the teachings of Abraham – a group of non-physical teachers. The program teaches many concepts about how you can achieve your goals and lead a meaningful life by taking charge of your thoughts and emotions.

In my Abraham-Hicks & The Law of Attraction Review, I’m going to provide you with important information that’ll help you decide if you can truly succeed with this training or not.

What is Abraham-Hicks’ Law Attraction About?

According to Esther, this non-physical entity communicates to her by depositing “blocks of thought” in her head while she’s in a trance. She then converts the blocks into intelligible words to communicate her message to her audience.

The training promises to provide you with the accurate clarification of the basis of the Law of Attraction. And its practical application to cause a paradigm shift in your consciousness. The workshop is largely dominated by spiritual ideas and concepts.

Abraham-Hicks’s teachings are captured in the following principles: 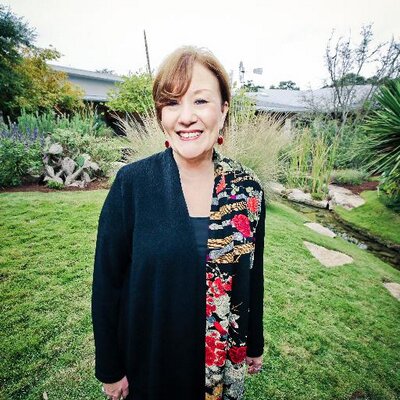 Esther Hicks is an inspirational speaker and author. She co-authored several books with her late husband, Jerry Hicks. The duo presented Law of Attraction workshops for Abraham-Hicks Publications in up to 60 cities annually since 1987. Esther has remained the sole facilitator since the demise of her husband in 2011.

The Hicks partnered with Hay House, Inc. which published their best-selling book, Ask and It Is Given, in 2004. Other books authored by the Hicks include:

How Much Does the Abraham Hicks Training Cost?

In addition to books and workshops, Hick-Abraham Publications sell CD recordings for their programs. For example, a CD recording costs $15-$30 per month while MP3 format costs $12.95-25 per month.

Abraham-Hicks: Is it Legit or another scam?

However, I’m going to be pointing out some reasons why I feel this training may not really help you to make money or succeed as Esther claims.

Maybe the program was effective some years back when Jerry was alive. Then you could find some gem and substance in the training. But recently, the teachings are becoming boring and rehashed following Esther’s attempt to appeal to everyone.

Also, the teachings are based on inspirational principles without offering any definitive guide to succeed. This program may not be of much help to you if your intention is to get a training that shows you how to make money online.

Nevertheless, there are some people who claim to have benefited from the Law of Attraction.

I believe everyone is entitled to their own opinion concerning the effectiveness or otherwise of any training. So, I’ll prefer you to decide for yourself about whether or not Abraham-Hicks is a scam.

Do I recommend this program?

The concept of Abraham-Hicks feeds off emotions and some metaphysical beliefs. The teachings are not based on verifiable knowledge that can be easily utilized to create success. This approach may not work for everyone as it’s not founded on fact or incontrovertible methods.

I find it difficult to believe someone who goes on stage and claims that a group of nonphysical entities called Abraham give her inspiration on self-help. One can’t be certain there are no forms of manipulation going on there.

I agree fighting off negative emotions and controlling our thoughts are very vital to leading a successful life. However, it doesn’t end there. Becoming successful requires mastering a relevant skill and using the skill to create wealth. Listening to some inspirational talk isn’t enough.

Abraham-Hicks Review: What are the Pros and Cons?

I’m going to do a rundown of the positives and negatives of the training to further help you decide if it’s a program you would love to invest in or not.

Let’s check out the pros first:

But then it appears something is missing here. The focus of the platform contradicts the personality of those spiritual figures she identifies with. If you believe in Jesus, for example, it would be strange to imagine him becoming obsessed with money making like Esther. When you visit their website for the first time, it is quite clear that their goal is to make money through sales of books, CDs and seat reservation for their next workshop.

I strongly believe that Abraham-Hicks teachings cannot help you make money as it claims. The program is based on claims that lack validity.

What Is The Easiest Way To Start Making Money Online?

There’s a proven system that you can leverage to start earning some cool income online. I’m talking 4-5 figures monthly.

I found out about that particular program after years of trying  and failing at several online businesses. This training has helped me to recover everything I’d ever lost buying courses worth several thousands of dollars.

Now, I’ve been able to build my 6-figure online business where I make 4-5 figures every month. The program is also helping me to maintain a perfect work-life balance. I can afford to spend quality time with my family and travel for vacation because I can work anywhere. The program I’m talking about is called The Local Marketing Vault.

LMV doesn’t only provide access to the tools and training to get results for clients. You’re going to have access to a Facebook group of over 5,000 smart marketers to partner with. These people can help you jumpstart your journey into becoming a successful lead generation expert.

You should check out LMV if you’re really serious about making long term income online. To learn more about The Local Marketing Vault works and how you can start making money with it within the next 72 hours, click HERE.

Next post: World Wide Dream Builders Review: Should You Get Involved?

Previous post: Everything Will Cost You, So Do It Anyway!